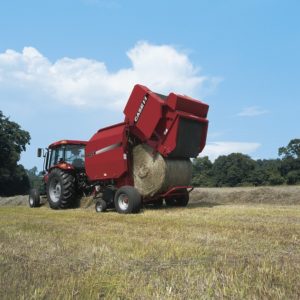 The 2020 Harvest is speeding toward completion. Ninety-seven percent of soybeans have been harvested. Iowa Ag Secretary Mike Naig says about 1.5 million acres of corn was left to be combined when the week started — that’s equal to just 13 percent of this year’s corn crop.

“We’ve had a historic pace in terms of getting the crop out here, several weeks ahead of the five year average,” Naig says. “We’re well ahead of pace and we’ve got plenty of time here, but it’s especially nice when the weather cooperates as it has here when we flipped the calendar into November.”

It’s not unusual at this point in the season to have corn still standing in southern Iowa fields. The growing season is longer in southern compared to northern Iowa. In the fall of 2019, there was a propane shortage as Iowa farmers were using the fuel to power the driers in grain bins.

“This year hasn’t been nearly as much of a demand for propane because the corn has dried down in the field and just simply hasn’t needed it as much, so that’s been a bright spot for farmers,” Naig says. “They’ve been able to save some on that drying cost and that’s always appreciated.”

Up to four million acres of corn was damaged or destroyed by the August 10th derecho. Naig says that contributed to a slower harvest pace in fields where farmers were trying to harvest damaged stalks.

“They’ve had to literally go slower or maybe even go one direction in a field,” Naig says. “We also know that there were the compounding issues of grain storage that was damaged due to the wind storm.”

Naig says some farmers had to opt to pile corn on the ground because their grain bins were hit by the derecho.