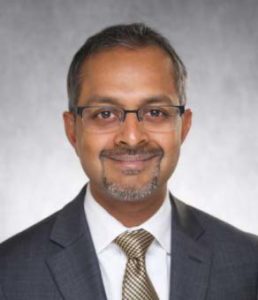 Governor Reynolds is sending $25 million in federal pandemic relief funds to Iowa hospitals. Reynolds says the funds will be used on staffing.

“Our health care workers are just a stressed commodity, for lack of a better word,” Reynolds says, “and so they’re seeing the cost to pay them to work is going up and to help with that, to help maintain their workforce, this is how we can supplement that.”

The money will distributed to hospitals based on how many patients they had in September and October. Suresh Gunasekaran, the CEO of the University of Iowa Hospitals and Clinics, says since the announcement was just made, he doesn’t have a final plan on how the money will be used, but he says it will help provide additional compensation for existing staff “that are on the frontlines, that are picking up the extra, seeing the sicker patients.”

Some of it will be used to recruit more staff.

“During a pandemic, recruiting additional staff to be on the team has proven to be a challenge,” Gunasekaran says, “because there’s so much demand for health care workers.”

Dr. Dave Williams is the chief clinical officer of UnityPoint Health hospitals and clinics in Des Moines. He, like others, cites the stress health care workers are experiencing.

State officials say there are enough supplies for the free “Test Iowa” sites to last about five more weeks. Governor Kim Reynolds says she’s consulting the manager of the State Hygienic Lab on signing a new contract for more Covid test kits. Reynolds signed a 26-million dollar contract this spring with a group of Utah-based companies 540,000 thousand test kits. A spokesman for the governor says there are about 100,000 left.