You are here: Home / News / Both Miller-Meeks and Hart at orientation for new House members

The two opponents in a congressional race that’s still a toss-up are both in Washington, D.C., participating in orientation sessions for new House members. 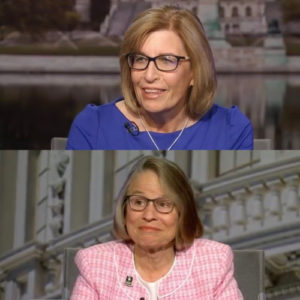 Marinnette Miller-Meeks, the Republican, is ahead of Democrat Rita Hart by 47 votes in the latest count. Hart has asked for a district-wide recount. University of Iowa election law professor Derek Muller says this might be the closest congressional race in 30 years in the United States.

“It’s a real rollercoaster for both campaigns right now when the margins are so close, so razor-thin,” he said on Iowa Public Radio’s “River to River” program.

Today, election officials in Lucas County will do a hand recount of ballots from a precinct in Russell where a tabulation error was discovered earlier this week. Data plugged into the system from a pre-election test wound up being reported rather than the actual results.

Preliminary results early November 4 showed Miller-Meeks leading, then a counting error in Jasper County was corrected last Friday, putting Hart in the lead, but as the Jasper and Lucas County recounts progressed, Miller-Meeks crept ahead.

“When we think about narrow elections, oftentimes they’re decided by hundreds of votes, so the notion of an election right now with 47 votes separating the candidates, that’s fewer than two votes per county which is just a remarkable margin,” Muller said.

There are a few other undecided races for congressional seats, in New York and California, where officials are still counting votes for the first time.