Morningside College in Sioux City will become Morningside University on June 1st of next year. President John Reynders says Morningside has evolved over the past quarter century and the name change reflects that. 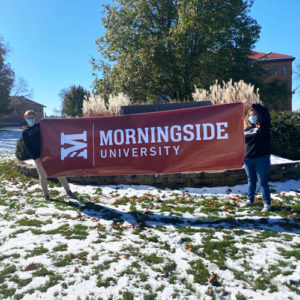 “Twenty-five years ago, Morningside was primarily an undergraduate institution with one quite small graduate program in education, very few international students,” he says. “And, over the course of the last 25 years or so, the college has been changing — to the point where today we actually have more graduate students than we have undergraduate.”

Reynders says the change will help in attracting more students from around the country and around the world.

“It’s going to allow us, we’re quite certain, to expand our graduate programs beyond the Midwest and that’s been a goal of ours for quite some time,” he says. “…There’s no question that whether you’re recruiting the Asian or European markets, the term university has more clout than the term college.”

He says 85 international students are enrolled at Morningside today. Students graduating next May will have the distinction of being the final graduating class from Morningside College before the institution becomes Morningside University on June 1.