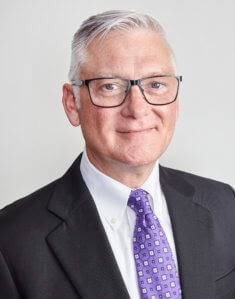 The Iowa State Education Association says schools should be allowed to go online until coronavirus infections subside, without seeking approval from state officials.

More than 40 school districts are currently operating all or some grades under temporary virtual learning waivers from the Iowa Department of Education. Many are struggling to staff classrooms and bus routes because of the number of employees in quarantine. Mike Beranek, president of the state teachers union, says it shows that schools are not immune to the pandemic.

“While there may be less of an opportunity for students to be symptomatic, they are still fully capable of spreading that virus,” he says. “When they go out into the communities they interact with other individuals who may not be following the protocols which are necessary.”

Beranek says the state’s two-week waivers don’t fit the public health guidelines for quarantine and isolation, because not everyone in a school gets exposed at exactly the same time.

“If that requires students to be home for a longer period of time than five days or two weeks, then districts should be able to make those decisions without having to go through the waiver process,” he says.

Last week, Governor Kim Reynolds issued a partial mask mandate for some indoor gatherings of more than 25 people, but it does not apply to schools. Beranek says it should. According to a survey by the ISEA, 40 percent of Iowa school districts do not require students and teachers to wear masks.