You are here: Home / Health / Medicine / Iowa ranks 44th in US for early diagnosis of lung cancer 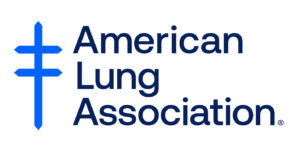 A new report says Iowa has one of the nation’s worst rates for early diagnosis of lung cancer.

Alyssa DePhillips, spokeswoman for the American Lung Association in Iowa, says Iowa ranks 44th in the country for people getting potentially-life-saving screenings for lung cancer, as only about one in five Iowans get tested early. The state’s incidence rate is also poor.

Lung cancer is the nation’s leading cause of cancer deaths, and it’s estimated about 2,400 Iowans will be diagnosed with the disease this year.

“There are a variety or risk factors associated with lung cancer,” DePhillips says. “One of them is tobacco use, and then also exposure to radon gas as well as air pollution and exposure to second-hand smoke.”

Screening for lung cancer with an annual low-dose CT scan, for those who qualify, can reduce the lung cancer death rate by up to 20-percent. Nationally, only 5.7% of those who qualify were screened. Iowa ranked the 7th best in the nation with 10.4%, well above the average for screenings.

“That is something that Iowa has been working really hard at the last few years,” DePhillips says. “The health care systems have also been working hard at improving and increasing the rates at which Iowans are getting screened for lung cancer. We’re very happy with this progress.”

Quitting smoking or the use of tobacco products is one of the best ways to prevent lung cancer and DePhillips says help is available for those who want to make the jump.

“They can contact Quit Line Iowa,” DePhillips says. “It’s a phone coaching program that helps them set up a Quit Day and set up a Quit Plan, helps prevent relapse and gives guidance on the medication use. We know that it works and it’s been around a long time. The phone number is 1-800 QUIT NOW.”

The full “State of Lung Cancer” report from the American Lung Association is available at Lung.org/solc.