You are here: Home / News / Staffer at Iowa women’s prison has died ‘with Covid-19’ 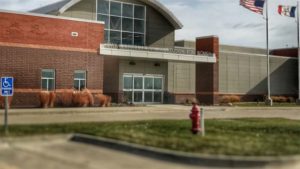 The prsion in Mitchellville. (DOC photo)

An employee in Iowa’s prison system has died “with Covid-19” according to the agency’s website.

The Iowa Department of Corrections website lists the number of staff and inmates from each state prison who’ve tested positive for the virus and how many have recovered. The site now shows one staffer working at the women’s prison in Mitchellville has died “with Covid-19.”

The department announced in a news release last night that an eighth inmate had died from complications of Covid. Sixty-four-year-old Robert Sirovy, an inmate in the state prison at Anamosa, had been classified as a sexual predator. In 2006, he was sentenced to three 50-year prison terms.