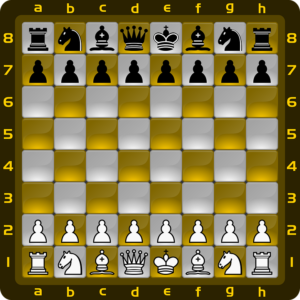 The pandemic is forcing many Iowans to shake up their Thanksgiving traditions and while many of us won’t be in the same room with loved ones tomorrow, virtual rooms are growing in popularity.

After the big meal, many families play board or dice games, which can be easy through Zoom or Skype, according to game lover Annelise Tarnowski of Des Moines. She just played Yahtzee with a distant friend online.

“Yahtzee you can absolutely play if you can find five dice somewhere around your house, then print out one of the sheets from online, and you’ve got a game, that’s it,” Tarnowski says. “We both got on a video call and when it was my turn, I would roll my dice, when it was her turn, she would roll her dice. She beat me every time and I’m kind of a sore loser, but it was still fun and it was still good to see my friend.”

Tarnowski owns The Rook Room, a pop-up board game bar and cafe, based in Des Moines. She says there are all sorts of board games that work perfectly well in the virtual format.

“Trivial Pursuit is one, even without the board, just playing the cards and reading them to each other, that’s really easy,” Tarnowski says. “Also, games like Scattergories or Pictionary, anything that might have a generator online where you can get all of the cards. If not everyone in your family or your friend group owns the game, you can find a lot of these that will give you prompts.”

Games that involve decks of cards don’t work so well online, but Tarnowski says there’s an app called House Party which she recommends. It offers a wide selection of familiar games that you can play via your smartphone or tablet with far-away friends and family — or even those who are close by.

“I was just playing Uno with my boyfriend the other day. We were in the same room but I wanted to play Uno and we don’t have it, so we both downloaded this app and we played Uno against each other,” Tarnowski says. “It’s cool because you can see the cards kind of over your friends faces and it feels like you are playing around a table.”

She also suggests falling back to old-school role playing games like Dungeons and Dragons, which can easily make the jump to Zoom by simply employing pen and paper — and your imagination.