You are here: Home / Agriculture / Economist predicts ’21 a good year for ag sector 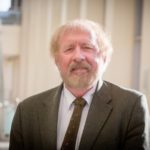 “Farmers are out there and they’re feeling better about the economy, but unfortunately we’re not seeing it in the businesses on what we call ‘Rural Mainstreet,'” Goss says.

Every month, Goss surveys rural bankers for a Rural Mainstreet Index. His latest survey indicates the economy in Iowa and nine other states in the Great Plains and Mountain West will dip in the current 4th quarter.

But Goss says commodity prices have been climbing “fairly dramatically” this fall, leading to optimism in the ag sector. About a third of U.S. farm income this year will have come, though, from the Trump Administration’s payments to make up for trade losses and Goss says those are likely to end with the Trump presidency.

“On the flip side, we’re likely to see the Biden Administration be a little more positive on trade,” Goss says. “…You’ve got some positives and some negatives. I expect 2021 – at least as we sit here now — to be pretty good for the agricultural sector given the expansion on trade.”

Rising global oil prices are generally good news for the state’s ethanol industry as well, according to Goss.