You are here: Home / News / Iowans can stay safer by using pass phrases, not passwords 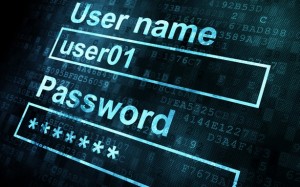 A computer security expert suggests Iowans abandon using passwords in favor of pass phrases. Jesse La Grew says the old way of creating short, cryptic passwords that you change frequently is no longer practical for most of us.

“If we have to change our passwords every 30 days, what are we likely to do? We’re likely to write it down,” La Grew says. “We’re going to be putting them on Post-it notes or putting them under keyboards.”

The longer a password, the more secure it should be from hackers. Some computer systems require passwords that need to be between 16 and 20 characters, which is where using a pass phrase is handy.

“So how do you get that length of password while still maintaining the complexity required so that a computer can’t easily break into it?” La Grew says. “That’s where the passphrase comes in, where we’re using multiple words strung together.”

You can creating a pass phrase out of a series of words that are easy for you to remember — but hard to guess. It will make your account more secure from most attempts by hackers to force their way in.

“You can have a very long password with a series of five words that can be very difficult to guess and can take a computer an extremely long time to break into, based on the technology that we have today,” he says.

La Grew says don’t reuse passwords on any service where you might have credit card or banking information saved.