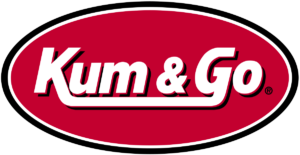 The CEO of the Iowa-based parent company that operates about 400 Kum & Go stores is retiring as CEO of the Kum & Go chain.

Kyle Krause, who is 57 years old, will turn the convenience store business over to his son, Tanner, on January 1. Kyle Krause posted a video on Twitter to make the announcement and mentioned his own father, Bill Krause, who retired as CEO 17 years ago.

“My dad would use a lot of quotes and one he would use often is: ‘Don’t look back. We’re not going that way,'” Kyle Krause said. “It’s about the future. It’s about what we’re going to achieve.”

Kyle Krause will continue as CEO of the Krause Group, which owns two wineries and a resort in Italy and acquired an Italian soccer team this year.

“It’s kind of exciting to say on January 1, 2021, I will move to the fifth floor of the Krause Gateway Center,” Kyle Krause said, referring to the company’s headquarters in downtown Des Moines. “Tanner will become the CEO of Kum & Go. He will become our 4th CEO ever.”

In the video, Tanner Krause talked about running a family business with about 5000 employees.

“I feel a responsibility to them, to make sure that we are running a company of high integrity and of high responsibility,” he said.

Kum & Go is the 24 largest convenience store chain in the U.S., operating stores in Iowa and 10 other states.