You are here: Home / News / Open enrollment deadline is approaching for Iowans with ACA health care 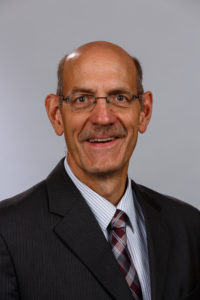 The 50,000 Iowans who are enrolled in the Affordable Care Act health insurance have until December 15th to make changes to their current policies — with the same deadline for new participants. The open enrollment period started on November 1st and takes effect on January 1st.

Iowa Insurance Commissioner Doug Ommen says prices rose quite a bit since the ACA was first rolled out in 2014.

“The prices got higher and higher every year until it drove about 25,000 people out of the market,” Ommen says. “But since that time, since most of the folks who are still in the ACA market receive some benefit associated with a tax credit system, that market has now remained relatively stable.”

Ommen says he does not believe the COVID-19 pandemic will have much impact on ACA enrollment because the cost of policies is the main factor people use to make decisions. “But if people have been experiencing unemployment, they would actually qualify for Medicaid,” he says, “so this market is probably less related to the changes that might have been occurring due to the pandemic.”

Premiums for Iowa non-smokers will average about $530 a month next year, which is down as much as $100 from this year. Ommen says Iowa enrollees in the ACA plans are mostly in one demographic group.

“For people over 65, they’re going to be in the Medicare system, but for folks that are under 65, we have a greater-than-normal participation by people that are middle-aged,” Ommen says. “That is related to the way the pricing structure works and it does drive higher costs.”

That’s one of his main criticisms of the current system, as he says changes are needed in how subsidies and tax credits are calculated for participants.

“They’re currently income-only and that does not recognize that younger populations, younger families, have lower risk,” he says, “and so that’s how we ended up with more middle-aged folks in it than is going to be appropriate in order to have an effective, actuarially-based insurance pool.”

Ommen strongly advises people interested in enrolling to start now, go online and shop for a plan, don’t wait until the last minute. He says the Iowa Insurance Division website has a lot of information and help finding local insurance agents who can answer questions.

For 2021, Medica and Wellmark will offer ACA-compliant health insurance plans in all 99 counties, while a third company, Oscar, will only offer plans in 24 counties.