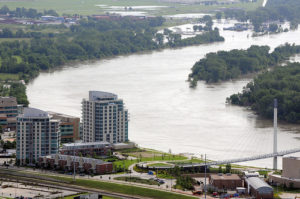 A draft list from the Iowa Department of Natural Resources indicates 750 segments of lakes, rivers and streams in Iowa are impaired due to pollution and are not suitable for at least one of its intended uses, like swimming or as a source of drinking water.

The state is required by federal law to update the list of impaired waters every two years. This is the first time in more than two decades there’s been a decrease in the total number of bodies of water classified as impaired.

Alicia Vasto of the Iowa Environmental Council said with hundreds of bodies of water still on the impaired list, state officials must establish regulations that limit pollution.

“We believe that the voluntary approach that the state is taking to water quality is not sufficient,” she said.

The list is a draft and Iowans may submit written comments to the DNR about the list this month, before it’s submitted to federal officials.