You are here: Home / Health / Medicine / Officials in Clay and Dickinson Counties vote on face masks 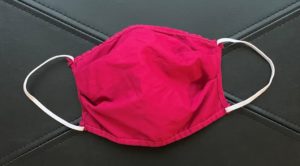 Officials in two northwest Iowa counties have taken votes on the issue of face masks.

The Clay County Board of Supervisors, on a 3-2 vote, has adopted a “face covering regulation” for public spaces in the county. It means face masks are to be worn in the county’s schools, retail stores and other public places where people mingle with others outside their household. Spencer Hospital CEO Bill Bumgarner said he is grateful for the board’s decision.

“I know it was a challenging vote,” he said. “There’s lots of points of views in regards to this, but I think in the end it sends a positive message to the community that masking will help mitigate the coronavirus and I think that’s just so important right now to support our health care system, our public schools, all the frontline workers out there who are keeping our economy moving forward.”

Barry Anderson was one of the two supervisors who voted against the resolution. Anderson said he could not vote for the mandate, as it was written.

“I think there’s ways that we could get this out in a more positive fashion through a proclamation, but that being said, it is a very important and hard time right now for the people of Clay County,” he said. “…We need to grab ahold of this in some fashion. I just didn’t think I could vote for it, but we’ll move ahead.”

There is no penalty in Clay County for those who do not wear face coverings in public spaces.

Supervisors in Dickinson County have unanimously passed a resolution in support of wearing face coverings in public. Supervisor Kim Wermerson said the proclamation sends a message to Dickinson County residents that face masks can help stop the spread of the virus.

“We’re not going to send the police out. It’s not a mandate,” he said. “We’re just simply saying we support what the governor put out there.”

Bill Leopold, chairman the Dickinson County Board of Supervisors, voted with the rest of the board in support of the resolution, but acknowledged the action may not be popular in all quarters.

“In all fairness, there are people who are opposed to this,” he said. “And so there are theoretical studies where masks don’t help.”

According to the Centers for Disease Control, face masks protect the person wearing the mask and those around them since Covid is “predominantly spread when infected people cough, sneeze, sing, talk, or breathe.” Dickinson County Supervisor Pam Jordan said she’s erring on the side of public health by supporting the resolution.

“I’m as torn on this issue as everybody else in America,” Jordan said. “I don’t what to believe. I don’t know whom to believe. At this point, we’re believing what the health care community is asking us to do, which is to support masking.”

Dickinson County is requiring people inside the county courthouse in Spirit Lake to wear a mask.