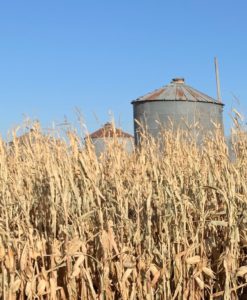 The USDA is forecasting net farm income for 2020 will jump 43% over last year, reaching a seven-year high of nearly $120 billion.

“I would summarize this as an update of a pretty dramatic upswing in the farm economy,” said ag economist David Widmar of the consulting firm Agricultural Economic Insights.

The previous USDA forecast was released in early September.

“It was about seven or eight weeks in August and September that the farm economy got to sort of the edge of looking really, really bleak and then all of a sudden things started turning favorably,” Widmar said during an interview with Brownfield Ag News.

Widmar used the word “dramatic” to describe the jump in commodity prices since September. There have also been record direct government payments to farmers in 2020, more than double the amount in 2019, as the Trump Administration made extra farm payments for trade disruptions and the pandemic. Government payments will account for 39% of net farm income in 2020 according to the USDA.

Adjusting for inflation, 2011 and 2013 were the only other years when net farm income has been higher. Widmar cautioned, though, that not ever farmer is making a profit, especially when considering livestock and dairy prices.