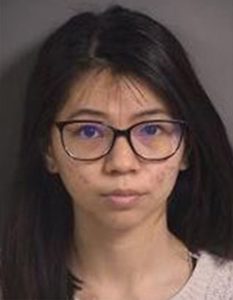 A University of Iowa student is accused in sexual blackmail case.

The UI Department of Public Safety says a 20-year-old student threatened to report she was sexually assaulted unless the would-be victim paid her a thousand dollars.

The student, Vy Nhat Dihn, is charged with extortion.

The incident allegedly happened at Catlett Residence Hall in April.

Dinh was released and is ordered to have no contact with the victim.

If convicted, she could be sentenced to five years in prison.