You are here: Home / News / Miller-Meeks and Hinson tout value of Covid vaccinations 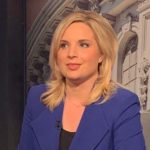 Iowa’s two congresswomen-elect both say they will get the Covid vaccine as soon as they are eligible to do so. Republican Mariannette Miller-Meeks of Ottumwa is an eye doctor and the former director of the Iowa Department of Public Health.

“I don’t think it should be mandatory, but I would encourage every single person to get the vaccination,” she said today. “It’s safe. It’s effective, I mean, more effective than the vaccine we have for influenza.”

To those reluctant to get the Covid vaccine, or any vaccine, Miller-Meeks pointed to low worldwide vaccination rates for measles that led 31 states to report outbreaks last year, of a vaccine-preventable disease. 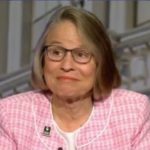 “You know, we had gotten to a point in the United States where there was no measles outbreak,” Miller-Meeks said, “so I’m a strong proponent of vaccinations.”

Republican Ashley Hinson of Marion, the congresswoman-elect for Iowa’s first congressional district, said when it comes to the vaccines, she wants to ensure hospitals, clinics and pharmacies have the resources to administer the shots to those who want it.

“I’ve had Covid, but I’m planning to the vaccine as well,” Hinson said this morning.

Hinson, who did not have symptoms, took a Covid test as a precaution last month and scrapped plans to travel to Washington, D.C. for new member orientation after finding out she had the virus. Hinson said the vaccine can help the country get “back to normal.”

President-elect Joe Biden has said he’ll encourage Americans to wear face coverings for 100 days, as an act of patriotism. Hinson says that message coincides with what Governor Kim Reynolds has asked of Iowans.

“I think our governor has already made it very clear that we want people to wear masks if they can’t properly socially distance,” Hinson said, “and I think that’s still the case.”

Hinson, who spoke with reporters today by phone, emphasized that she wore a mask in public places and still got Covid last month. She said the most important advice is to keep your distance from others who aren’t in your household.

“And if you’re sick, stay home,” Hinson said. “If you have an underlying health condition right now, with everything going on, I also think it’s good advice to stay home.”

Americans should be encouraged to follow the Centers for Disease Control guidance, according to Miller-Meeks.

“I think that we should certainly encourage people to wear a mask, to socially distance,” she said, “to maintain small gatherings.”

Miller-Meeks made her comments during taping of “Iowa Press” which airs tonight on Iowa PBS. State officials certified Miller-Meeks as the winner of Iowa’s second congressional district race. Democrat Rita Hart, who finished six votes behind, is appealing to the U.S. House to order a district-wide recount.