You are here: Home / News / Hart says ‘thousands of ballots’ weren’t looked at during recount 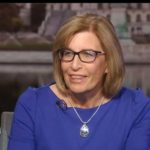 For the first time, Democrat Rita Hart spoke publicly this weekend about the second recount she’s seeking in her race against Republican Mariannette Miller-Meeks in Iowa’s second congressional district.

Last week, state officials certified that Miller-Meeks won by six votes. Hart is asking the U.S. House to order another recount rather than opt for five Iowa judges to review ballots and declare a winner by tomorrow.

“After looking into all the options available to make sure all the votes are counted, it’s clear that the state of Iowa’s process does not provide the time necessary to complete a full review of all the votes that were legally cast,” Hart said. “We can’t have a rushed process that leaves doubt in the voters’ minds.”

Hart made her comments in a video posted online.

“What we know s that in spite of the recount, there are votes that still have not been counted and thousands of ballots that no person looked at during the recount,” Hart said.

Miller-Meeks was interviewed on the “Iowa Press” program on Iowa PBS this weekend.

“There were votes that were cast for me also that were not counted and that I did not received,” Miller-Meeks said, “so I think throughout that process, you can’t continue to want to change the rules because the count doesn’t go the way that you want.”

Miller-Meeks criticized Hart for “skipping over” a review by the Iowa courts, which by law could have examined the results in this race and declared a winner.

“I think it’s unfortunate we’re taking the election out of Iowa, out of the voters’ of Iowa’s hands, and putting it into a partisan political process,” Miller-Meeks said, suggesting that gives House Speaker Nancy Pelosi the most important vote in deciding this race.