You are here: Home / Agriculture / Hog and cattle prices likely to rise in 2021 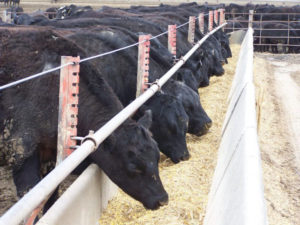 Iowa livestock producers can expect to see rising prices for hogs and cattle in the coming year, according to an agricultural economist at the Iowa State University Extension.

Lee Schultz says after several quarters of expansion within the hog industry, we’re starting to see signs of the hog numbers retreating, which should lead to slightly higher prices.

“Sow numbers were lower compared to a year ago when we look back to September 1,” Schultz says. “Farrowing intentions were expected to be lower, but also, that was at much lower prices and price expectations back in September, as we’ve seen stronger prices now.”

“Pork exports have been tremendous this year,” Schultz says. “When you look through the early part of November, they’re up 21%. Really, you have to point to China being a big contributor there and expectations are that we will continue to see strength through the end of the year.”

Schultz says beef exports have also been good, and look to remain strong heading into 2021. He says what has benefited livestock producers most during the pandemic is that meat products were able to retain value.

“We’ve seen slightly larger exports compared to a year ago levels, but still, relatively large exports and the value remains there,” Schultz says. “I think that’s what got lost somewhat during all of these major disruptions is that these products still flow to the highest value markets and a lot of times they’re export markets.”

On Wednesday, Schultz will participate in a statewide online “Pro-Ag” conference seminar focusing on the livestock marketing outlook.