You are here: Home / Business / Unemployment claims jump up in last week 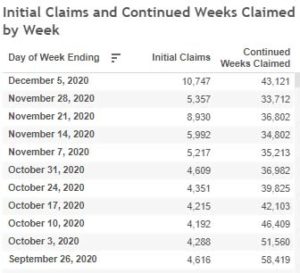 The number of unemployment claims shot up in the last week.

The information from IWD says November through February are typically the months for the most unemployment claims driven by seasonal layoffs. The agency says just more than 59% of those who filed claims said those claims were not related to COVID-19.