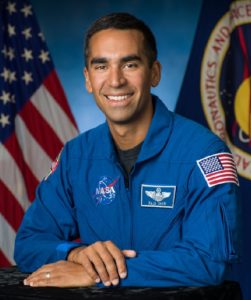 The only Iowan in NASA’s active-duty astronaut corps is having an exceptionally good couple of days.

Forty-one-year-old Air Force Colonel Raja Chari was named last week as one of 18 astronauts who’ll comprise the Artemis team, which is headed back to the Moon. NASA aims to build and staff a permanent, lunar base by 2024.

On Monday, the Cedar Falls native got his first assignment, a mission to the International Space Station. Chari is being named commander of a crew of four that will lift off sometime next fall for the orbiting station, where they’ll be staying for six months.

Chari has extensive experience as a test pilot and flew combat missions over Iraq, though this will be his first time in space. 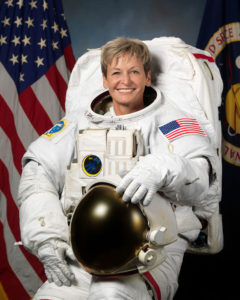 Retired astronaut and Mount Ayr native Peggy Whitson was the International Space Station’s first female commander. She served aboard the ISS on three missions in 2002, 2007 and 2017, logging a total of 534 days in orbit. Whitson set several records, including most days in space for a NASA astronaut, the most spacewalks for a woman, and the oldest-ever woman in space at age 57.