You are here: Home / News / Lottery sales continue ahead of projections 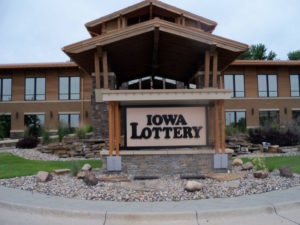 The head of the Iowa Lottery says sales continue to remain strong despite COVID restrictions in place in the state.

CEO Matt Strawn gave a report to the Lottery Board during their meeting Tuesday.
“Through the first four months or first third of fiscal year 2021 — which comprises July through October — total sales of Lottery products are currently 19.6% of budget projections,” Strawn says.

The sales in that time period are $134.5 million. “Instant scratch tickets continue to be the engine that drives the Iowa Lottery,” Strawn says. “Fiscal year to date scratch ticket sales are tracking slightly ahead of last year’s record performance and currently account for approximately 71 percent of all Lottery sales.”

Strawn says the national lottery games still haven’t been able to get much traction during the pandemic. “Sales of those products continue to significantly lag historically performance and only comprise 12 percent of all Lottery sales thus far this fiscal year,” according to Strawn. And to really illustrates that steep decline,  note that only two years ago those two products — Powerball and MegMillions — accounted for over 23 percent of Lottery sales.”

Strawn says the nationwide sales of those two tickets are also lagging. Strawn says the sales trend doesn’t appear to be letting up. He says the final numbers for November are not yet available, but it appears the sales remain strong.

The Iowa Lottery had projected proceeds turned over to the state general fund would be around $23 million through October. That actual number is a little more than $30 million.