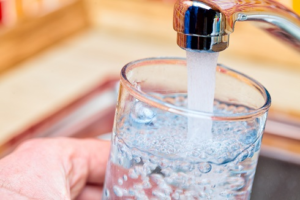 A report finds tens of thousands of Iowans are drinking water every year that’s potentially contaminated with unsafe levels of lead.

Michelle Scherer, a professor of civil and environmental engineering at the University of Iowa, says one in five Iowa newborns has elevated levels of lead in their blood.

“There’s really no other compelling reason,” Scherer says. “We need to be able to rationalize why we need to be spending our time as researchers and environmental advocates, as well as spending resources here in Iowa, to look at this.”

Scherer and her team found that 65-thousand Iowans are potentially at risk from drinking water with lead above 15 parts per billion, the standard set by the EPA where action needs to be taken to fix the problem. Researchers say Iowa only requires a water fountain or faucet to be taken out of service if lead reaches 20 parts per billion.

The University of Iowa Center for Health Effects of Environmental Contamination, or CHEEC, started testing school drinking water fountains and classroom faucets for lead in spring 2019.

They got through all the fountains and faucets in eight schools and gave schools money to replace them. CHEEC director David Cwiertny says lead can come from a variety of sources like drinking water fountains, pipes and plumbing.

“So it can be a very challenging issue to fix because it can be highly localized,” Cwiertny says. “One tap in one classroom might be fine. One classroom over you might have unsafe lead levels.”

CHEEC sampled nearly 140 fountains and faucets in three Keokuk elementary schools. Researchers found five water samples with lead above the federal government’s standard that requires action to be taken to fix the problem. Cwiertny says CHEEC planned to test two more Iowa schools, but paused because of the pandemic.