You are here: Home / Health / Medicine / Holiday stress can be deadly: #1 day for heart attacks is December 25th 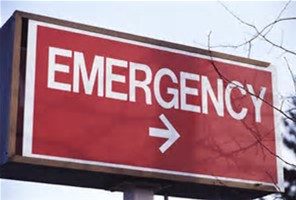 The holidays are supposed to be happy but the stress of the season can put you at greater risk for a life-threatening medical episode.

“Unfortunately, the incidence of heart attacks during the Christmas season goes up, significantly,” Dr. Pompili says. “Studies over the last ten years have shown that the chance of having a cardiac event goes up by five percent.”

“A number of factors are exacerbated during the holiday season, including emotional stress,” Dr. Pompili says. “Also, the high-fat diet that we partake in during this time of year.”

The number-one day of the year for heart attacks is December 25th followed by December 26th and January 1st. Pompili says the biggest mistake people make is to ignore a potential problem.

Pompili says, “Many times people, because family members are in town, avoid going and seeking medical care during the holiday time when they have chest pain and avoid making it to the emergency room when they have symptoms of a heart attack, which makes things worse.”

If you think you might be having heart trouble, call 911. Don’t try to drive yourself to the hospital unless there’s no other option, as ambulance personnel can start treatment right away. Plus, they’re trained to revive you if your heart stops.