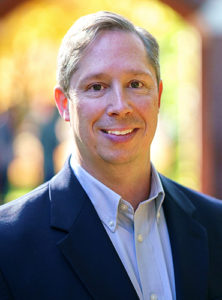 Contact tracing is an important step in slowing the spread of COVID-19, but by the time people test positive, it can be hard to remember who they’ve seen in the previous week — or longer.

Iowa State University psychology professor Christian Meissner has developed a tool that helps people remember more details about where they were and who they were in contact with.

He says every day matters with memory.

“The more quickly that you can encourage people to access memory and to engage in this recall of close contacts,” Meissner says, “the better the quality of the memory they produce and the larger number of contacts that they’re going to be able to produce as well.”

Meissner says questions and keywords can help a person re-create scenes from the past. He found contact tracing interviews using these enhanced cognitive approaches helped people generate more robust lists of people they’d been near.

“On average, about four more close contacts were recalled in that cognitive protocol,” Meissner says. “And it didn’t matter if they had been taken through the interviewer by an interviewer or if they did the self-led version.”

Meissner’s online tool is available for do-it-yourself interviews. He says the technique will help a person get started, but it’s NOT a replacement for public health contact tracing.