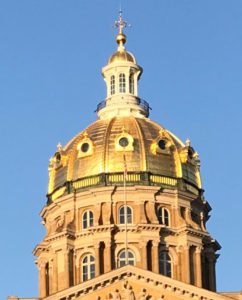 Three years ago, Republicans in the Iowa House drafted a bill that would have given Iowa parents $5000 state grants to cover the costs of private school tuition and fees for their kids. House Speaker Pat Grassley said that’s one of many ideas GOP lawmakers may consider during the 2021 legislative session.

“Parental choice needs to be the focus of whatever we’re doing when it comes to education reform,” Grassley told Radio Iowa. “…Everything is on the table from House Republicans’ perspective as we go into session.”

Critics say so-called “voucher” plans divert tax dollars to private institutions and undermine public schools. A 2017 proposal to provide a state grant for every student enrolled in an Iowa private school carried a $170 million price tag and was tabled. Republicans pared it back the following year, suggesting state tuition assistance for just newly-enrolled private school students, but that idea was sidelined as well.

Grassley said “several different pieces” of education-related legislation are likely to be considered in 2021.

“From the governor saying that we’d like to see more kids in school. You know there are a lot of parents who don’t even feel like they’re being listened to right now, that don’t even have the option of sending their kid if they wanted to,” Grassley said. “I think our focus is going to be on parental choice, with everything on the table as we go into session, so the conversations around education won’t be just about funding. I think it’s going to be about overall reforms.”

Senate Republican Leader Jack Whitver of Ankeny said it is very important that parents have the option of having their children attend school in person.

“I think the education conversation will be the most important conversation that we’re going to have this entire session,” Whitver told Radio Iowa. “…We understand some people, some parents, some students don’t feel comfortable being in the classroom and that option is there for those people, but for a large majority of Iowans, they want their kids in the classroom as much as possible.”

Whitver said getting students back in the classroom full time next semester will help them catch up academically. Mandatory summer school is not something Republican legislators are considering, he said.

“It’s where the rubber meets the road for many Iowans in terms of getting their education and sometimes basic needs for people,” he told Radio Iowa, “whether it’s a nutrition program that the school runs or other services that are coming through the schools.”

Prichard said Democrats are strong supporters of public education and diverting tax dollars to private schools would do more harm than good.