You are here: Home / News / Loebsack ready to move on after 14 years in U.S. House 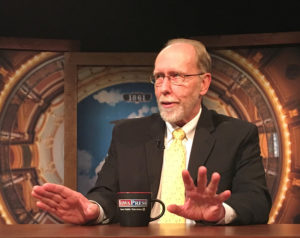 Congressman Dave Loebsack cast his last votes as a member of the U.S. House this past Monday.

“A little bit of sadness, but a lot more relief, happiness, ready to move on, do other things, take a break for sure to begin with,” Loebsack said Wednesday, “and then we’ll see where I go from there.”

Loebsack, a Democrat who turned 68 on December 23rd, did not seek reelection in 2020. Loebsack was a Cornell College professor when he was first elected to the U.S. House in 2006. In 2012, Loebsack moved to Iowa City to run in the newly-drawn second congressional district. This past February, Loebsack and his wife, who’s a retired second grade teacher, moved back to Mount Vernon.

“I do have some interest in maybe doing a course here or there or parts of a course or whatever where I can use my experience,” Loebsack told Radio Iowa. “…It is quite a learning experience to be part of the congress for 14 years, there’s no question about that.”

Loebsack said he’s most proud of his work in securing federal aid to help eastern Iowa recover from the 2008 flooding.

“I was really happy to work on a bipartisan basis with the rest of the delegation and we really got a lot done and you know we’re still seeing the effects of that,” Loebsack said. “When I drive into Iowa City, sometimes I drive on Dubuque Street and it’s now elevated and there’s a new Park Avenue Bridge also and that’s money that I was able to secure from the federal government to make sure that that was done.”

Loebsack said he doesn’t have a lot of regrets, although he admits he’s still wrestling with his 2014 decision to be one of just 31 Democrats voting in favor of the construction of the Keystone XL Pipeline.

“I had to weigh environmental concerns versus job concerns and labor concerns,” he said.

Loebsack said he cast that vote – and many others – as he sought to represent areas of the state that grew to have more active Republican voters than Democrats.

“The hardest thing for me in many ways being in congress is trying to make my Democratic colleagues understand just how diverse a congressional district can be in Iowa,” Loebsack said, “and therefore why I had to take the votes I did at times and why I had to work hard for reelection.”

In 2008, Loebsack won reelection in the old first congressional district with a seven percent voter registration edge for Democrats. President Trump easily won the current second congressional district last month, while Republican Mariannette Miller-Meeks was certified as the winner of the congressional seat by a six-vote margin. Loebsack said House Speaker Nancy Pelosi made the right decision to “provisionally” seat Miller-Meeks on Sunday, pending the outcome of Democrat Rita Hart’s request that a U.S. House committee order a second recount in the district.