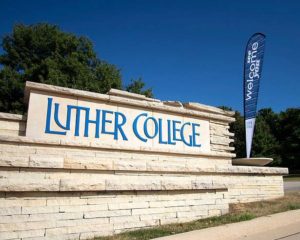 Hundreds of students, parents and alumni are asking Luther College in Decorah to wait longer before returning to in-person instruction.

The college announced this week students must return to campus to attend classes in-person starting Monday, unless they have a documented condition that puts them at a high risk for complications from COVID-19.

Madeline Lomprey, a senior at Luther, says the college should allow more time to identify infections among students who were traveling or going out over the holidays.
Lomprey says, “For me, I wouldn’t go out to the bar, but I see pictures almost every weekend on social media of people that are.”

According to Lomprey, around 1,300 people — including nearly 40-percent of students — have signed a petition. It calls on Luther to keep classes online for the remaining three weeks of the semester. Lomprey says she’s worried other students returning from the year-end break could unknowingly bring the virus back to campus.

“It only takes a few minutes for that to spread if you’re all sitting in the same room,” she says. “We really need to be more proactive than just waiting for those indicators to rise again.”
A college spokesperson said in a statement that local COVID numbers are now similar to October when students studied in-person, adding, the college will soon add more testing on campus.