You are here: Home / News / Kelly says Trump unable to admit to mistakes 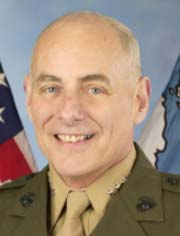 Retired General John Kelly and Anthony Scaramucci, the White House spokesman for 23 days back in 2017, appeared together at the People’s Company annual Land Investment Expo in Des Moines. General Kelly expressed confidence in the security measures being taken in Washington, D.C., ahead of the January 20 inauguration. Kelly said Americans need to collectively “take a breath” and start talking with one another.

Earlier this month, Kelly said he supports Trump’s early removal from office. Kelly, who was interviewed on stage by Scaramucci yesterday, said President Trump is unable to admit to his mistakes because “his manhood is an issue.”