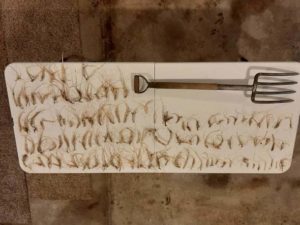 Two northeast Iowa men have pleaded guilty to the illegal taking of wild ginseng on state-managed land in September of last year.

A DNR Conservation Officer charged 58-year-old Gregg Latham of Oelwein and 49-year Dustin Millard of Strawberry Point with 112 counts of unlawfully harvesting ginseng on state timberland and other charges.

Officers found ginseng roots on the state land and also found more evidence in a search of their homes. Each pleaded guilty to 24 ginseng violations — along with theft, trespass, and littering.

They face $5,743.75 in criminal penalties and have to reimburse the state $257.81 each for their portion of the stolen wild ginseng.