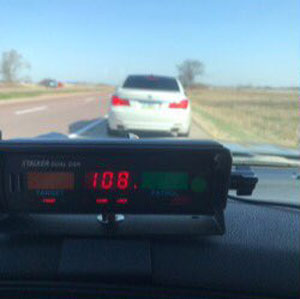 A bill under consideration in the Iowa House creates a new charge for driving at an “excessive” speed and causing someone else’s death.

According to the State Patrol, there’s been a dramatic increase in the number of tickets issued to drivers caught going more than 100 miles an hour. Last year, 69 people died in speed-related crashes in Iowa.

A lobbyist for the Iowa State Sheriffs and Deputies Association says under current law, it’s difficult to appropriately charge a speeding driver involved in a fatal crash if they weren’t intoxicated or intentionally targeting someone. If this bill becomes law, a driver could be sentenced to a decade in prison if their vehicle was going 25 miles-per-hour or more above the speed limit and it directly or indirectly caused the death of someone else.

A member of the Iowa Association of Criminal Defense Lawyers says excessive speed is grounds for a conviction on already existing charges of vehicular homicide or involuntary manslaughter.

The bill, which was introduced, but never passed in the 2020 Iowa legislature, cleared a House subcommittee this afternoon.