You are here: Home / News / State Representative Nielsen reveals she has tested positive for Covid 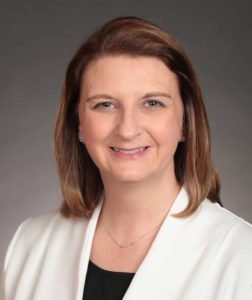 Two people “associated with the Iowa House” tested positive Saturday for Covid according to an email sent to lawmakers and staff.

State Representative Amy Nielsen, a Democrat from North Liberty, says she’s one of them. Nielsen says she wore two face masks when she was inside the Capitol last week. During debate on Wednesday night on an abortion-related matter, Nielsen was wearing a white mask underneath a black one.

Nielsen, who says she has mild symptoms, is among the Democrats who’ve blasted Republican leaders for failing to require mask wearing in the Capitol. Democrats have asked Republican House Speaker Pat Grassley to wear a mask during debate when they’re called to speak with him in the center of the chamber.

“Mr. Speaker, would you please put a mask on if you want me to come to the well?” Representative Beth Wessel-Kroeschell asked at one point late Wednesday evening.

There have been a total of four Covid cases announced as “associated with the House” since the 2021 legislative session began January 11.