You are here: Home / News / Bill would nullify ordinances on housing vouchers in 3 Iowa cities 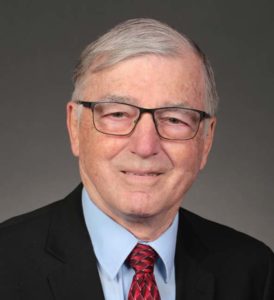 A Senate committee has approved a bill to ban city ordinances that prevent landlords from rejecting potential tenants if they’re paying rent with federal housing vouchers.

“Part of the idea is if you’re investing money in housing, you should have discretion on how you rent that housing out,” Garrett said during committee debate of the bill.

Michael Triplett, a lobbyist for the Greater Iowa Apartment Association, said the group believes accepting vouchers should be voluntary.

“It was only until some cities decided they would put their hand on the scale that we felt that this unduly burdened certain landlords in our association,” Triplett said during a Senate subcommittee hearing.

“Once again the legislature is proposing to stomp all over local control,” Quirmbach said in committee.

Chris Johansen, who oversees the government housing voucher program in Polk County, told legislators low-income residents are struggling to find housing even when they have a voucher to pay for it.

“Fifty-one percent of our households that we provide assistance to are disabled,” he said during a subcommittee hearing. “Twenty-one percent is elderly.”

Garrett said the other 900 or so cities in Iowa do not have this sort of an ordinance.

“Other cities have veterans, other cities have low-income people and they seem to be able to get along without making these Section 8 (vouchers) a mandatory thing,” Garrett said.

The bill has passed the Senate Local Government Committee with the support of seven Republicans. Four Democrats on the panel voted against it. A similar bill has been introduced in the Iowa House.