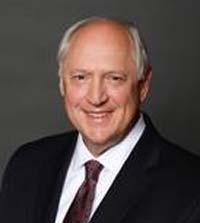 A bill that would limit the number of out-of-state students admitted to the medical and dental schools at the University of Iowa has cleared initial review in the Iowa House.

At least 75% of the students accepted would have to be residents of Iowa or graduates of an Iowa college or university if the bill becomes law.

Republican Representative Tom Jeneary of Le Mars, a 1985 graduate of the University of Iowa College of Dentistry, was a member of the House subcommittee that advanced the bill.

“I’m personally in favor of this bill,” Jeneary said. “I know the year I graduated dental school there were a significant percentage of people in my class that did not stay in the state.”

Republican legislators say the state needs more doctors and dentists, especially in rural Iowa and the bill could help. Dr. Gerard Clancey, senior associated dean of the University of Iowa College of Medicine, encouraged Jeneary and other legislators to look at “the big picture.”

“I get to work a lot with our students and they are very much driven by their level of debt as to where they choose to practice,” he said. “Some students will incur, on average, a debt of $250,000.”

According to a lobbyist for the University of Iowa, 70% of current students in the College of Medicine are Iowa residents. The bill under consideration would require the university to submit a report to the legislature each year showing how many graduates of the medical and dental schools live in Iowa in the first year after earning their degrees.