You are here: Home / Crime / Courts / One person dead after shooting in Marshalltown 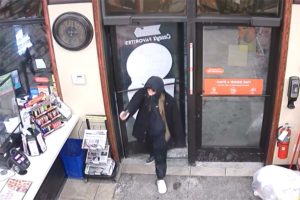 Marshalltown police are trying to identify this person in a fatal shooting.

A shooting in the early morning hours has left one person dead in Marshalltown.

Marshalltown police were called to the Casey’s on North 3rd Avenue just after 3 this morning where they found the individual with a gunshot wound.  That person, who has not been identified, has died.

Police are looking for an adult male leaving the area with a black hooded sweatshirt and black sweatpants. The man is described as short in stature, with an accent, possibly Latino.

The DCI is assisting Marshalltown police in the investigation.