You are here: Home / Crime / Courts / Arrest made in killing of Marshalltown convenience store employee 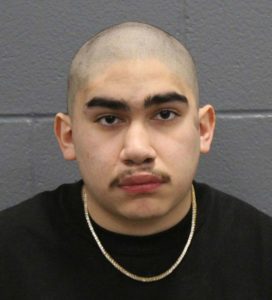 The Iowa DCI has identified the victim in a shooting in Marshalltown and made an arrest in his death.

The DCI says 48-year-old Michael Ray West was an employee of the Casey’s Convenience store where he was found dead around 3 a.m. Sunday. West was working at the time he was shot.

Police say Trujillo is charged with first-degree murder, two counts first-degree robbery, along with going armed with intent, assault with intent to inflict serious injury and trafficking in stolen weapons.