You are here: Home / News / Blood centers trying to catch up after cold spell 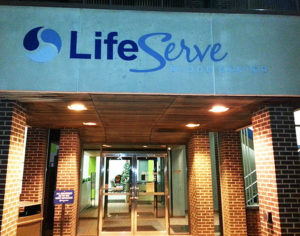 The extreme cold created another roadblock for blood banks, and they are now hoping to catch up.

LifeServe Blood Center spokesperson, Danielle West, says the weather overall has not been kind. “We canceled blood drives because of the snow accumulation a couple of weeks ago. And then last we saw quite a few donations fall off of the calendar because of the really cold temperatures,” West says. “We are hoping to boost the blood supply back up now that we are seeing some warmer temps.”

Lifeserve is part of the American Association of Blood Banks — and West says the impact has hit across the country. “If other areas are in need — like Texas for example because of all the winter weather they’ve had — they are looking for blood products. And if we have enough to share, we would help them as well,” according to West. “So we are hoping, number one that we can support our community hospitals, and then hopefully help areas like Texas that are in need right now.”

West says there are some people who are still worried about going out because of the pandemic — and they understand that. “We are all wearing masks, we’re all social distancing, so we are making it a very safe place for people to come. We’ve definitely seen less blood donors come out because of the pandemic,” West says, “I know some people are still fearful of coming out to do something like this. We make sure that they are safe from the minute they enter our facility until the minute they leave.”

She says they have seen the pandemic spur some people to try donating blood.
West says only a small percentage of the population actually donates blood and they encourage people to do it.

“We’ve seen a lot of first-time donors through the pandemic that I think wanted to find a way to give back — and this is what they decided to do — which is great,” West says. West says they are asking you to make an appointment to donate.

She says you can go to lifeservebloodcenter.org and find a place to donate, or you can give them a call at 800-287-4903. West says they can answer any questions you might have about donating during the pandemic.