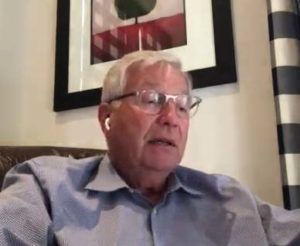 The board which governs the three state universities received recommendations from its Free Speech Committee during its online meeting Wednesday.

The action comes as bills that would strip tenure from the three schools have cleared the House Education Committee and a Senate subcommittee. Lawmakers say the issue has been discussed but not acted upon — and there have been incidents at the three schools recently.

Richard says there have been some issues. “We must be honest and recognize that there have been several recent events when this expectation has not been met,” according to Richards. “In these cases we have, and will continue to act quickly to recognize what has occurred. And take corrective action and educate those involved.”

Richards says the recommendations from the Free Speech Committee make this clear and lay out some key things the schools must do. “Preventing punishment for expressing a certain viewpoint, and annual training for all faculty, staff, and students,” he says.

Richards says they will continue to ensure that free speech is preserved.
“We will be creating a permanent Free Speech Committed of the Board where complaints from faculty, staff, and students can be submitted and reviewed by the Board,” Richards says.

He says they do not want to shut down discussions about different ideas and opinions. “Disagreeing on issues and having a respectful debate about those issues should happen on our university campuses. What should not happen is preventing another person or group’s opinion from being expressed or threatening those opinions with possible repercussions,” Richards says.

“Tenure is not granted to all faculty — and to receive it — one must go through a rigorous and multi-year-process. It is not a job for life,” Richards says. He says removing tenure will hurt the ability of the schools to attract the best faculty and provide the best opportunities for students.

“All faculty — including tenured faculty — are evaluated annually,” Richards says. “Poor performance, violations of policy, and other misconduct could be grounds for discipline. Up to and including termination.”

Other recommendations from the Free Speech Committee include requiring each syllabus have a statement comparable to the ISU on supporting and upholding the First Amendment protection of freedom of speech and the principle of academic freedom. Universities will be required to post the Board’s and university policies and procedures on their webpage, including instructions on how to appeal to the Board regarding violations of free expression.