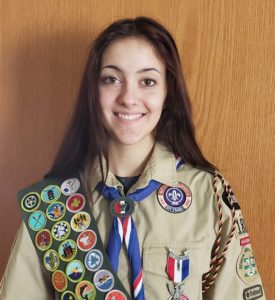 The Boy Scouts of America isn’t just for boys anymore, and for the first time, two girls in the Mid-Iowa Council have attained the top rank of Eagle Scout.

Sixteen-year-old Angelina Hemphill of Ankeny and 15-year-old Hannah Massey of Ottumwa are true trailblazers, according to Matt Hill, the council’s CEO.

Only about six percent of Scouts attain that highest rank. This year, 145 boys in the region made Eagle, while Hemphill and Massey represent the first-ever females to earn it in the council — which serves about 10,000 young people in 27 counties. 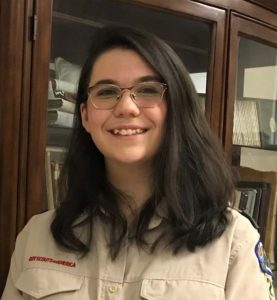 Reaching Eagle is a difficult challenge that requires mastery in subjects ranging from first aid and safety to civics, business, and the environment.

“You have to earn a certain number of merit badges where you showcase different skills,” Hill says. “You also have to show leadership both within your unit and in your community, and then at the end of all that, you cap it off with a service project that gives back to your community as a whole.”

The rules were changed to allow girls to join the Boy Scouts about two years ago. The Mid-Iowa Council now has six all-girl troops and about 200 girls in Cub Scout packs, which are co-ed. Hill says the Scouting program teaches valuable lessons for all young people.

“It has been a great experience so far,” Hill says. “Oftentimes, it’s a young lady who’s the sister of a current Scout or it’s someone like me, who’s also an Eagle Scout, who has a daughter who’s going to be in Cub Scouts because ‘that’s what Dad did’ and I want her to have that same experience.”

The two Iowans join about a thousand young women from across the country in the national organization’s inaugural class of female Eagle Scouts.

“Both young women joined Scouting to share the same once-in-a-lifetime adventures that boys have experienced for more than a century,” Hill says. “These two are paving the way for future generations. They’re our council’s first young women to join an elite group of young men.”