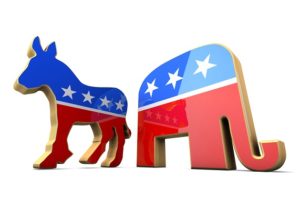 The three Republicans from Iowa who serve in the U.S. House voted against the pandemic relief House Democrats approved this weekend.

Fourth district Congressman Randy Feenstra of Hull is blasting Democrats for removing his amendment which would have added derecho relief for Iowans to the bill. His proposal cleared the House Ag Committee with the support of Democratic Congresswoman Cindy Axne and the Republicans on the committee.

“There was one bipartisan amendment in this entire process — one — and that’s mine,” Feenstra said, “that allowed some funding to be spent toward helping areas of rural America that were devastated by natural disasters.”

Majority Democrats stripped Feenstra’s proposal from the bill before a final vote was taken.

Congresswoman Ashley Hinson, a Republican from Marion, recorded a video statement after she voted “no” on the $1.9 trillion package.

“This bill is really a disservice to the hardworking taxpayers and children in Iowa’s first district,” Hinson said as she walked down the hallway of a congressional office building. “…We need to get more targeted relief. We don’t need more Washington pork spending.”

Second district Congresswoman Mariannette Miller-Meeks of Ottumwa issued a written statement, saying it was “unacceptable” that less than one-half of one percent of the bill will fund local and state public health workers to speed up vaccinations.

Third district Congresswoman Axne, a Democrat from West Des Moines, voted for the bill. Axne called it “a comprehensive relief package that will help Iowans in need.” The bill provides a new round of direct payments to most Americans and extends enhanced unemployment benefits. It’s projected to provide $947 million to Iowa cities and counties, money Axne said is needed to protect local services and close budget deficits from last year.

The State of Iowa stands to get $1.3 billion. Republican Governor Kim Reynolds and 21 other governors co-signed a statement objecting to the way money is distributed to the states. The allocation is based on the number of unemployed in each state rather than on each state’s total population.