You are here: Home / News / Bill would reduce charge for possession of small amounts of pot 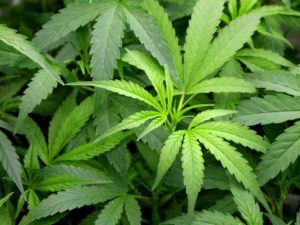 A bill that would reduce the penalty for people caught with small amounts of marijuana has again cleared a subcommittee in the Iowa Senate. Supporters say the bill will help Iowans who have difficulty qualifying for college scholarships, loans and jobs because of a marijuana possession conviction.

“We think it’s a small and measured approach to this issue,” Lisa Davis Cook of the Iowa Association for Justice said during a senate subcommittee hearing.

If the bill becomes law, people possessing five grams or less would be charged with a simple misdemeanor. A first offense with any amount of marijuana today is an aggravated misdemeanor that could land a person in jail for up to six months.

Carl Olsen of the National Organization for the Reform of Marijuana Laws said lawmakers instead should start the process of amending Iowa’s Constitution, to make growing and possessing marijuana legal.

“The founders would have never imagined that the government would take that right away,” Olsen said.

Susie Sher of the Governor’s Office on Drug Control Policy told senators the agency is not taking an official position on the bill.

“Complicating this issue is the rising potency of marijuana,” Sher said, “and some of these high potency products and some of the risks associated with some of those products.”

Senator Joe Bolkcom, a Democrat from Iowa City, voted to advance the bill, but he would prefer to decriminalize marijuana and regulate it like alcohol.

“It seems to me across the country we’re now up to 16 states that have moved in that direction and what I think people are figuring out across the country is that marijuana prohibition has actually destroyed far more lives and the futures of far more families…with these harsh criminal penalties.”

Republican Senator Dan Dawson of Council Bluffs, a special agent in the Iowa Division of Criminal Investigation, also supports the bill. He said it will give officers who catch someone on parole or probation with a small amount of marijuana a charge that doesn’t land the person back in prison.

“A lot of times they come into contact with people with a few joints or some trace amounts in a pipe or whatnot when they’re already in the parole and probation system,” Dawson said. “And they were looking for a tool that was less than an indictable offense and that’s where they really were wanting a simple misdemeanor here.”

There’s a deadline for policy bills in the Iowa legislature this week. It means this bill must win approval in a Senate committee by Friday in order to remain eligible for debate in the Senate and House this year.