You are here: Home / News / February cold spell could cost Iowans for months to come 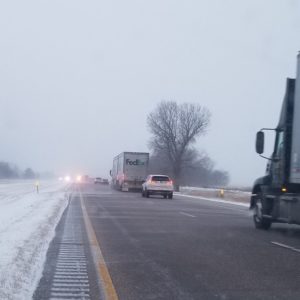 While warmer temperatures in the 40s and 50s are expected all this week, many Iowans face steep energy bills after weeks of subzero temperatures, and energy bills could remain high even as households use less natural gas.

The state requires energy companies to set a maximum price for natural gas every year. Since most households exceeded that price in February, Des Moines-based MidAmerican Energy has to spread the full cost over several bills.

MidAmerican spokesman Geoff Greenwood says the damage could have been worse.

“We have taken some preemptive measures such as storing natural gas, and also locking in contracts before the market prices went up,” Greenwood says. “That helped save our customers an additional $400 million.”

Because of the unusually cold temperatures in February, gas prices spiked just as Iowans needed heat the most.

In Iowa, the expected annual increase for the average customer is $214 and customers may see higher bills in the short-term. MidAmerican will meet with the Iowa Utilities Board next week to discuss other options.