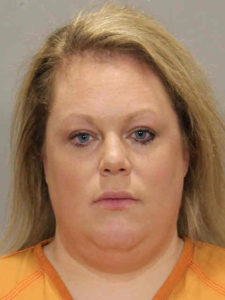 A northeast Iowa woman accused of stealing more than $100,000 worth of state money has turned herself into authorities after warrants were issued for her arrest.

According to the report, Foelske also made unauthorized purchases from Amazon and had the products delivered to her home.

The investigation looked at the Juvenile Services’ finances during the calendar years of 2016 through 2019. The state probe was connected to an earlier investigation completed by the Black Hawk County Attorney’s Office and local sheriff’s officials.