You are here: Home / Business / After a year of COVID, Iowa restaurants are surviving but need more patrons 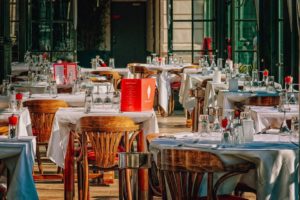 The head of the Iowa Restaurant Association says the industry is cautiously optimistic heading into March. Iowa’s bars and restaurants were shut down last March 17th for on-site service, with a number of restrictions in place until the governor lifted those in early last month.

Association president and CEO Jessica Dunker says despite the lifting of those restrictions, most establishments continue to have safety measures in place.

“Most restaurants and bars, if you have been into them, are still practicing things that they feel make sense for their business and their customers,” Dunker says. “Here in the Des Moines area, we see a lot of the restaurants continue to have their staff wear masks. They haven’t put all the tables back, they’ve put some of them back. We are seeing a continued emphasis on patio service when the weather cooperates.”

Dunker says the industry nationwide finished the one year mark with revenue down about 33%, or about $1.45 billion, but she says restaurants and bars are seeing more customers return.

“Our operators are reporting in Iowa that they’re only down 28%, so we are seeing that increase,” Dunker says. “St. Patrick’s Day is coming, Cinco de Mayo is coming, we were given back Valentine’s Day, we were given back the Super Bowl, and so we really live for those events, and we are feeling better than we were.”

Several restaurants and bars expanded outdoor seating areas as a way to spread out the number of people in their establishments. Dunker says many of those businesses will likely continue to offer those options in 2021.

“As people expanded those outdoor dining spaces and made those investments, as communities saw ways that they could create if we make that possible, we think that will stay in place potentially from now on because people really enjoy the experience when they go to a restaurant or a bar,” Dunker says. “When you can put that beautiful outdoors as part of that experience, people like that and it brings them back.”

Dunker says the best way Iowans can help the industry is by patronizing their favorite establishments as often as possible.

“We really need some recovery time here, and recovery means cash, and cash comes in the form of paying customers who are enjoying our food and drink in whatever service model they are comfortable with,” she says. “Keep doing carryout. If there’s drive-thru, keep doing drive-thru, and come and sit in the chairs that are available.”

Dunker says the Iowa Restaurant Association is promoting that people order carryout instead of using a third-party delivery service like Doordash or Uber Eats, as that’s not a profitable model for the vast majority of Iowa restaurants.