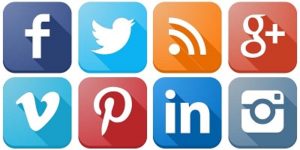 Republicans on the Senate Commerce Committee have approved a bill that could withdraw hundreds of millions of dollars in state and local tax incentives awarded to big tech companies like Amazon, Facebook and Google. If the bill as written becomes law, the companies should lose tax breaks if a court finds they’ve violating the free speech rights of Iowans.

“Big Tech companies are using their unfettered power to restrict the ability of Iowans to voice their opinion, their thoughts, their feelings and otherwise be able to communicate with those who are their friends or otherwise,” said Senate President Jake Chapman, a Republican from Adel who is the bill’s lead sponsor.

Senator Liz Mathis of Cedar Rapids and the rest of the Democrats on the committee opposed the bill.  Mathis said it puts a “closed for business” sign on Iowa.

“This business busting bill has turned Iowa into a four-letter word,” Mathis said. “…This could affect the huge Facebook property in Altoona, Google in Council Bluffs, Apple’s plans in Waukee for a data center, Microsoft in West Des Moines and Amazon in Bondurant.”

Mathis said thousands of jobs and future business prospects are at stake.

“The Republican Party used to pride itself on supporting business, big and small. You used to be about limited government,” Mathis said. “Instead, this bill would grow government and government reach. It would increase regulations, red tape, tie up everything in the courts and — wait for it — make lawyers rich.”

Chapman said there’s nothing radical or extreme about responding to Iowans with concerns about conservative speech being censored online.

“What’s radical and extreme is limiting or censoring the ability of Iowans to say what they want,” Chapman said.

And Chapman closed by saying he’s unmoved by the argument Iowa’s business reputation would be damaged if the bill becomes law.

“Are we going to go to an auction block and auction away our rights? How much? Is it a billion?…How much are you willing to sell your freedom, your liberties for?” Chapman said. “…If they can censor the president of the United States of America, they can censor any one of us.”

House Republicans have come up with a different approach. It would give Iowa’s attorney general authority to fine a social media company for blocking or removing online content. That bill is on a House committee’s agenda for consideration this afternoon.