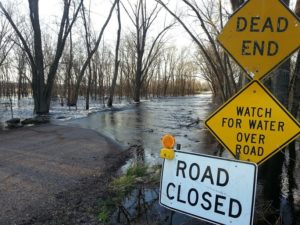 A University of Iowa report links climate change with the record flooding of the Mississippi and Missouri rivers that waterlogged Iowa in the spring of 2019.

Gabriele Villarini, UI professor of civil and environmental engineering and lead author of the report, says weather phenomena he calls “Midwest Water Hose” events are responsible. With a water hose, he says, there’s a concentrated amount of water affecting a specific location.

“They bring a lot of moisture from the Gulf of Mexico,” Villarini says, “and this moisture that is transported through this narrow region across the plains then becomes precipitation with all of the implications that we’ve been experiencing.”

The total precipitation in the first five months of 2019 was the highest since 1980, and the flooding brought destruction to communities and crops on Iowa’s eastern and western borders. Villarini, who is director of IIHR-Hydroscience & Engineering at the UI, says severe flooding is becoming more frequent, especially in the past 50 to 75 years. 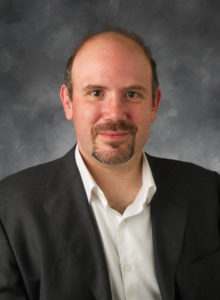 “Conditions that we’ve been experiencing in the recent years with more frequent flooding and alerts and warnings and impacts might become more the norm rather than the exception,” Villarini says, “unless we actively try to curb the impacts of climate change.”

He acknowledges that climate change is a “polarizing topic” and he’s concentrating on the science, not the politics.

Those water hose events bring moisture from the gulf to the Midwest as heavy rainfall, which he says was responsible for more than 70% of the total precipitation across most of the central U.S. during the first half of 2019.

The UI report says rising greenhouse gas concentrations caused by human activity are bringing more heavy rainfall events tied to the Midwest Water Hose — and they’re beyond what can be attributed to natural changes to the climate.