You are here: Home / Sports / Confusion at MVC Tournament as UNI exits prior to quarterfinal round game 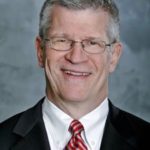 The Missouri Valley Conference has cancelled the third quarterfinal game of the 2021 State Farm MVC Tournament due to a positive COVID-19 test result (and subsequent contract tracing) among the University of Northern Iowa’s Tier I personnel, which consists of student-athletes, coaches, managers and staff. As a result, Drake – UNI’s scheduled opponent — has advanced to Saturday’s semifinals.

Nearly two-and-a-half-hours after the scheduled tipoff the conference released a statement announcing the decision.

“UNI and other institutions ultimately relied on Conference policies that have been in place all season and were thought to be applicable here at the tournament. It should be noted UNI followed those procedures during their participation in the event,” said Commissioner Doug Elgin.

“However, the City of St. Louis Board of Health Department COVID orders take precedence over MVC protocols, and none of our institutions were aware that this was in place. In all prior communication we had with St. Louis’ local health authorities, we had clearly indicated that the MVC adhered to C.D.C. guidelines and NCAA Resocialization Guidelines.

The MVC did not have the necessary conversations with local health officials to clarify that the administration of the tournament would be governed by St. Louis Health Commissioner’s COVID orders. I apologize and take full responsibility for not resolving the administration of policies that are in place during this year’s tournament.”

Elgin is retiring at the end of the academic year.