You are here: Home / Business / Clinton recognized by international magazine 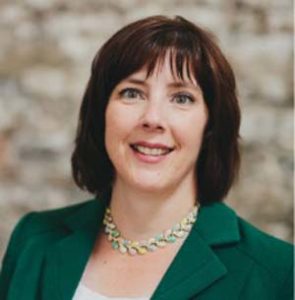 Site Selector Magazine, which has a global distribution, has named Clinton as the top small location for industrial projects on a per capita basis in the Mississippi River corridor.

Erin Cole, president, and CEO of the Clinton Regional Development Corporation says only seven diverse projects were recognized and it’s great exposure for the Clinton area.

“For us, this is a huge marketing tool,” Cole says. “Now, we have both a national and global audience that’s reading this information about us.” She says the magazine article covered a lot of information about Clinton and the surrounding community.

“Which didn’t just cover the industrial projects but literally the housing developments that we have going on, some of the workforce development programming that we have going on,” Cole says. “All of that is free marketing for us as a community to site selectors and companies who might be looking for a new location for a new manufacturing plant, a new food processing plant, whatever the case may be.”

Cole says it’s vital for Clinton residents to recognize and spread the positive news. “It’s so important for people to take pride in the fact that we are growing as an economy locally and we have some really fantastic things going on despite the pandemic,” Cole says. “The more good news we get out to people, the better, and the fact that they’re taking pride in that and sharing that further really goes a long way in building up this community spirit.”

Cole says the CRDC will also receive a state development award for business retention and expansion later this month. Another eastern Iowa community, Dubuque, ranked second in the per capita list.