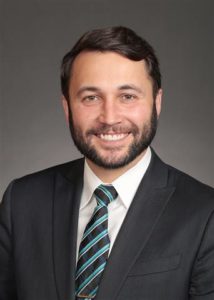 Republican lawmakers are blasting Ames school officials for material used in a Black Lives Matter Week of Action in the district.

“You’re indoctrinating kids with this garbage,” Kaufmann said, “and so I want to know how you can justify presenting one side of a blatantly wrong viewpoint.”

GOP lawmakers called four officials from the Ames district to the statehouse for a House Oversight Committee hearing Tuesday. Anthony Jones, the district’s equity director, said the goal of the week was to affirm black and LGBTQ students and improve their mental health and academic outcomes.

“Letting them know that we see them, we hear them, we care about them,” he said, “and we appreciate them.”

Representative Holly Brink, a Republican from Oskaloosa, said some of the LGBTQ material discussed in Ames classrooms was not age appropriate, making some children confused and unsettled.

“I do care about the mental health of our children, their mental welfare and when I hear individuals and children suffering, it concerns me a great deal,” Brink said. “…I just hope that you learn it’s education, not indoctrination.”

“As a lawyer, I don’t hear anything coming from the table that the Ames school district did something wrong or illegal,” Olson said.

The hearing lasted nearly two hours. Three Republicans mentioned police officers in Ames say their children are being bullied at school and one had their car vandalized. An Ames School Board member asked GOP lawmakers to forward these and other complaints they’re receiving, with names redacted.