You are here: Home / News / GOP lawmakers ‘at or near’ governor’s request on broadband expansion 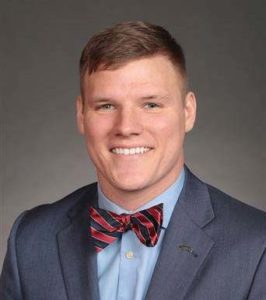 There’s still no agreement among Republican lawmakers on how much the state should spend to extend broadband service in Iowa, but it appears they’re edging closer to the amount Governor Kim Reynolds has proposed.

“I want to be really close to that governor’s number and be aggressive with this,” Representative Phil Thompson of Jefferson said this morning, but confirmed that he and his fellow Republicans haven’t been able to “hammer that number down yet.”

Republicans on a House subcommittee say newly-approved federal funds to cover other state expenses likely frees up the $450 million Reynolds requested over the next three years. Representative John Wills of Spirit Lake, the third ranking Republican in the House, said the final broadband plan will probably be “at or near” $450 million.

“I think that it is imperative that we have this build out so that Iowa stays and is competitive,” Wills said.

The governor had suggested that all companies getting state grants extend broadband service with speeds of 100 megabits per second, but the bill that cleared a House subcommittee today acked away from that high speed requirement.

“It’s never done until it’s done, but we’re having some really constructive conversations,” Reynolds said yesterday during a news conference.

The governor told reporters she’s optimistic she and the legislature will find common ground and a broadband expansion plan will be passed by the House and Senate this year.